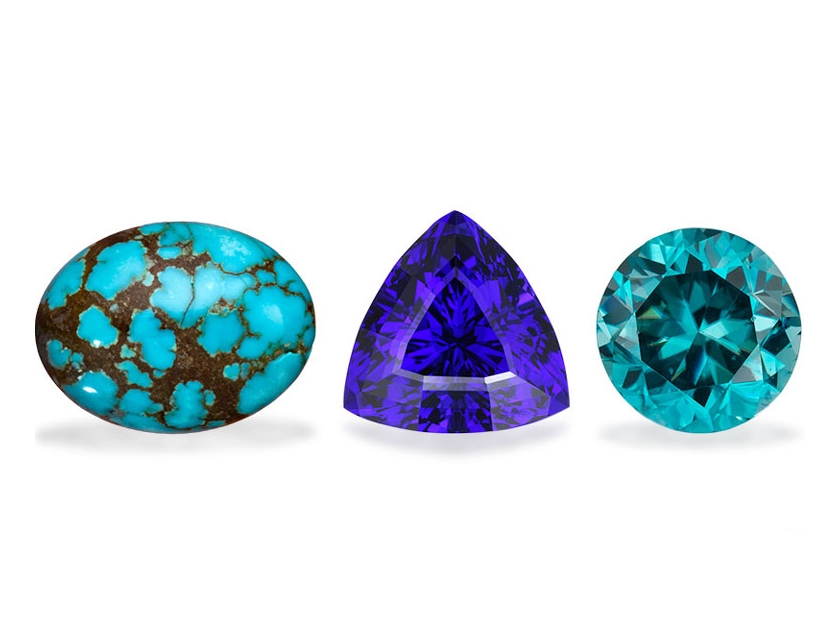 Tanzanite is the exquisite blue variety of the mineral zoisite that is only found in one part of the world.

Named for its limited geographic origin in Tanzania, tanzanite has quickly risen to popularity since its relatively recent discovery.

Zoisite had been around more than a century and a half before this rare blue variety was found in 1967.

Trace amounts of vanadium, mixed with extreme heat, cause the blue colour – which ranges from pale blue to intense ultramarine with violet undertones.

Tanzanite can display different colours when viewed from different angles. Stones must be cut properly to highlight the more attractive blue and violet hues, and deemphasize the undesirable brown tones.

The majority of tanzanite on the market today is heat treated to minimize the brown colours found naturally, and to enhance the blue shades that can rival sapphire.

Tanzanite is still only found on a few square miles of land in Tanzania, near majestic Mount Kilimanjaro. Its price and availability are directly tied to mines in this region.

Tanzanite measures 6.5 to 7 on the Mohs scale of hardness – which is not nearly as hard as the sapphire it often substitutes. Given its vulnerability to scratch during daily wear and abrasion, tanzanite is better suited for earrings and pendants than rings.

Between its deep blue colour and its limited supply, tanzanite is treasured by many – whether one is born in December or not!

Admired since ancient times, turquoise is known for its distinct colour, which ranges from powdery blue to greenish robin’s egg blue. It’s one of few minerals to lend its name to anything that resembles its striking colour.

Ancient Persia (now Iran) was the traditional source for sky blue turquoise. This colour is often called “Persian blue” today, regardless of its origin. The Sinai Peninsula in Egypt was also an important historical source.

The U.S. is now the world’s largest turquoise supplier. Nevada, New Mexico, California and Colorado have produced turquoise, but Arizona leads in production by value, as well as quality.

The stone’s popularity here makes it a staple in Native American jewelry.

Turquoise is found in arid regions where rainwater dissolves copper in the soil, forming colourful nodular deposits when it combines with aluminum and phosphorus. Copper contributes blue hues, while iron and chrome add a hint of green.

Some turquoise contains pieces of host rock, called matrix, which appear as dark webs or patches in the material. This can lower the stone’s value, although the uniform “spiderweb” pattern of Southwestern turquoise is attractive.

Turquoise is sensitive to direct sunlight and solvents like makeup, perfume and natural oils.

The hardest turquoise only measures 6 on the Mohs scale, which made this soft stone popular in carved talismans throughout history.

From ancient Egyptians to Persians, Aztecs and Native Americans, kings and warriors alike admired turquoise for thousands of years. It adorned everything from jewellery to ceremonial masks to weapons and bridles – granting power and protection, particularly against falls.

Highly esteemed for its striking namesake colour and its ancient history, turquoise remains popular through time.