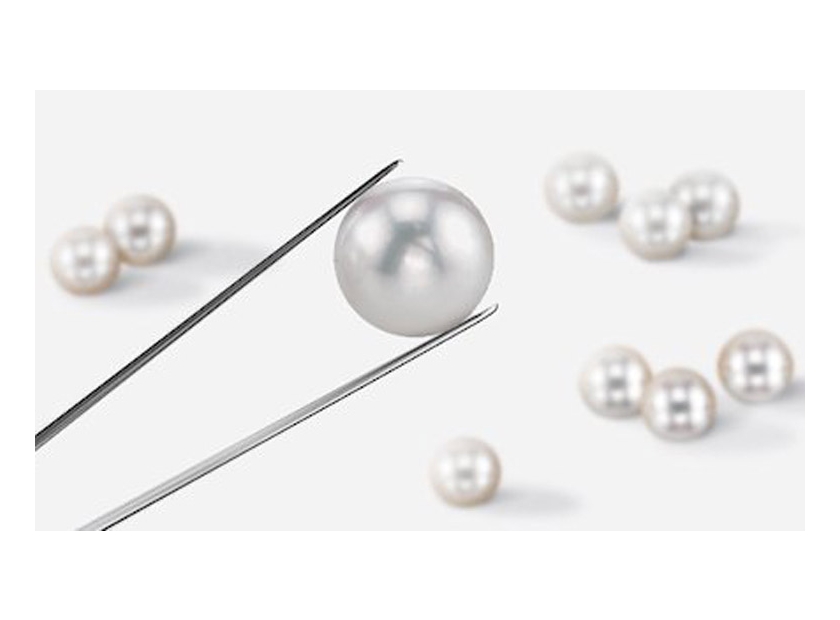 We have had diamonds and emeralds...but pearl take's the limelight as June's birthstone!

Arguably the best loved gem of all time, the pearl occurs in a wide variety of colours. While the most familiar colours are white and cream; black, grey and silver are also quite common. Pearls are available in almost every hue causing them to be an incredibly popular and versatile gem.

There are three main classes of pearls are Natural, Cultured and Imitation.

When people say ‘pearls come from a grain of sand,’ that isn’t strictly true! Pearls form in oysters or other hard shell molluscs (such as mussels and clams) which have a hard protective exterior cell wall, but soft delicate bodies on the inside that need protecting.

Parasites will sometimes burrow through the oyster’s outer shell wall and get trapped - other times small bits of shell, fish scales or other foreign bodies get caught on the inside of the shell wall. Here the soft body of the oysters forms a protective blister around the irritant which completely encapsulates it.This then secretes nacre and conchiolin which coats the irritant to form a pearl.

Throughout the pearl’s life, the sac continuously expands to form concentric micro-layer of macro around the irritant which gradually increases the size of the pearl in a process which takes years. Natural pearls are found by divers who would swim down to the ocean floor or river bottom to hunt for them.

Diving for natural pearls was the only means of finding pearls until the late 19th and early 20th centuries where Japanese researchers developed a technique for creating cultured pearls.

The growth of cultured pearls requires human intervention and care. Today, most of the mollusks used in the culturing process are raised specifically for that purpose.

There are four types of cultured whole pearls:

Akoya - This type is most familiar to many jewellery customers and is produced by both Japan and China in saltwater.

South Sea - Australia, Indonesia and the Philippines are leading sources of these saltwater cultured pearls.

Tahitian - Cultivated primarily around the islands of French Polynesia, these saltwater cultured pearls usually range from white to black.

Freshwater - These are usually cultured in freshwater lakes and ponds. They’re produced in a wide range of sizes, shapes and colours.

Some imitation pearls (also called shell pearls) are simply made of mother-of-pearl, coral or conch shell, while others are made from glass and are coated with a solution containing fish scales called essence d'Orient. Although imitation pearls look the part, they do not have the same weight or smoothness as real pearls.

Just for June, we are offering this stunning Dower & Hall necklace for £325, and giving away the matching bracelet for free (RRP. £195). Pop in store and speak to Phil for more information. And look out for the star in the window for future Star Buy's!